Beliefs What Jesus Taught About Law and Grace 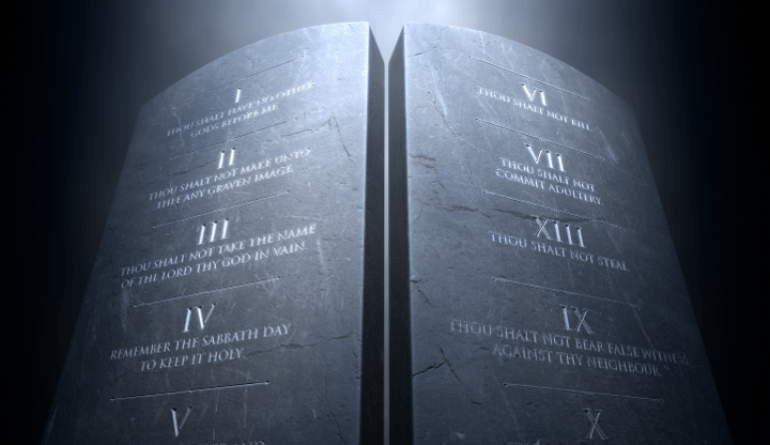 When John the Baptist saw Jesus, he told his disciples, “Behold! The Lamb of God who takes away the sin of the world!” (John 1:29). Jesus paid the death penalty for all of mankind. He was the Creator (John 1:3; Colossians 1:16), the Word who was with God and was God (John 1:1–2), but it was decided before the foundation of the world that He would die for humanity (1 Peter 1:20; Revelation 13:8). Philippians 2:6–8 explains that Jesus emptied Himself of His glory, power, and eternal godhead to be made like us and to humble Himself in obedience, even “to the point of death.” It is through the blood of our Creator that our sins can be washed away.

But, sadly, due to another misunderstanding fostered by modern “Christianity,” most churches talk about Jesus' death and resurrection but neglect what Jesus actually taught—including the need to repent and begin obeying the laws of God in addition to accepting His sacrifice. The acceptance of Jesus’ blood to cover our sins does not cancel out the need for us to obey God. It is not permission to break His laws. In this article, we will examine what Jesus and His Apostles taught about the free gift of justification, as well as our need to repent and obey God’s commands.

The Blood of Jesus Christ Cleanses Us From Sin

The forgiveness of our sins comes through the grace of God and is a free gift. We do not deserve it; there is nothing we have done, or ever could do, to cleanse ourselves of sin. We are all sinners before God and need His profound mercy and forgiveness. No amount of obedience can ever justify us before God, for “by the deeds of the law no flesh will be justified in His sight” (Romans 3:20). “For by grace you have been saved through faith, and that not of yourselves; it is the gift of God, not of works, lest anyone should boast” (Ephesians 2:8–9). And it is only by His blood that He has “passed over the sins that were previously committed” (Romans 3:25).

So, the blood of Jesus Christ—the Creator of the universe, who died for us—covers our sins and removes them “as far as the east is from the west” (Psalm 103:12). But this is not where Jesus stopped, as many churches do today. Jesus taught that we must repent and obey the laws of God.

Jesus Taught That We Must Repent of Sin

When Jesus came preaching the Gospel of the Kingdom, His message included the need to repent from sin. As He preached, He proclaimed that “the kingdom of God is at hand. Repent, and believe the gospel” (Mark 1:15). This followed up John’s message of repentance, in which he warned the Pharisees that they needed to “bear fruits worthy of repentance” (Matthew 3:8).

The Apostles continued to preach Jesus’ message of repentance after He died. In Peter’s first recorded sermon, when his listeners had been “cut to the heart” because of their part in the death of Jesus, he told them, “Repent, and let every one of you be baptized in the name of Jesus Christ for the remission of sins; and you shall receive the gift of the Holy Spirit” (Acts 2:37–38). Shortly after, in another message, he said, “Repent therefore and be converted, that your sins may be blotted out” (Acts 3:19).

What Is Repentance from Sin?

Ezekiel 18 gives insight into God’s perspective on repentance and sin: “Repent, and turn from all your transgressions… and get yourselves a new heart and a new spirit…. For I have no pleasure in the death of one who dies…. Therefore turn and live!” (Ezekiel 18:30–32). Repentance is turning completely away from sin.

But what is sin? According to the biblical definition, “Everyone who sins breaks God’s law, because sin is the same as breaking God’s law” (1 John 3:4, Contemporary English Version). Simply put, sin is violating the law of God, and that law is found in the Ten Commandments. James called it “the perfect law of liberty” (James 1:25). He explained that if we break even one of the commandments, we are guilty of breaking them all, “for He who said, ‘Do not commit adultery,’ also said, ‘Do not murder.’ Now, if you do not commit adultery, but you do murder, you have become a transgressor of the law” (James 2:9–11). Jesus also taught obedience to the Ten Commandments.

What Jesus Taught About God’s Commandments

In His famous sermon on the Mount, Jesus said, “Do not think that I came to destroy the Law or the Prophets. I did not come to destroy but to fulfill” (Matthew 5:17). He did not say that we no longer need to obey God’s commandments; rather, He expanded upon how those commandments are to be obeyed. He went on in the same sermon to give two examples: Regarding the commandment against murder, we’re not only to abstain from murder; we’re also not even to hate another individual (Matthew 5:21–26). Regarding adultery, He said that “whoever looks at a woman to lust for her has already committed adultery with her in his heart” (Matthew 5:27–30). The Apostle John explained that the only way to really know God is to keep His commandments: “Now by this we know that we know Him, if we keep His commandments. He who says, ‘I know Him,’ and does not keep His commandments, is a liar, and the truth is not in him” (1 John 2:3–4). We are not only to keep God’s laws physically, in what we do—we are also to keep them spiritually, in our heart and mind.

We Cannot Do It by Ourselves—We Need Jesus Christ

Our human nature is naturally oriented against God. Paul said that “the carnal mind is enmity against God; for it is not subject to the law of God, nor indeed can be” (Romans 8:7). This means the natural, normal human mind is bent in a direction that is opposed to God’s law. What is natural for us is “the lust of the flesh, the lust of the eyes, and the pride of life” (1 John 2:16). But this is not an excuse to live a life of disobedience to the Ten Commandments. It is not okay in God’s eyes for anyone to murder, lie, steal, use His name disrespectfully, worship other gods, or bow down before idols. So, if we are naturally against God’s laws, how can we keep them?

Jesus Christ set a perfect example of obedience for us while He was in the flesh. Many say that Jesus kept God’s law for us so that we don’t have to—but that is not what the Bible says. Jesus did not keep the law for us, negating our need to obey. Rather, He showed us by example how to obey God—and that it is, in fact, possible to grow in our obedience with the power of God’s Holy Spirit living in us. On our own strength, we can only go so far in repentance and obedience. The only way we can truly obey and continually surrender to God is by having Jesus Christ live His life in us through the Holy Spirit.

When we are baptized and washed clean of our sins (Romans 6:1–4) and receive God’s Spirit through the laying on of hands (Acts 8:17–18) then we have the power of God within us to overcome our sins and obey Him. We then have God’s very nature living in us through the Holy Spirit (Romans 8:8–11). In fact, this very Spirit was in Jesus 2,000 years ago, and it gave Him the power and strength to obey His Father. The Apostle Paul explained this in Galatians 2: ““I have been crucified with Christ, and I no longer live, but Christ lives in me; and that which I now live in the flesh—I live in the faith of the Son of God, who loved me and gave Himself for me” (v. 20, Literal Standard Version). Through receiving God’s Holy Spirit, we literally have the mind of Jesus Christ in us, to help us and strengthen us to obey our Creator and surrender to Him as we should.

Obedience to the Commandments Means All of Them

Even though most churches claim you don’t need to obey God’s commandments, if you ask one of their ministers or leaders if it is okay to murder, they will still say, “No.” In fact, if you ask them if it is okay for people to commit adultery, steal, lie, covet, disrespect parents, worship other gods, bow down to idols, or use God’s name in vain, they will still say, “No, it is not okay to do those things.” Even though they preach that we do not need to keep God’s commandments, most still think that breaking nine out of the ten would constitute sin. The only one that most churches will argue is okay to disobey is the fourth commandment—the Sabbath commandment—which we will review next.

Read Next:
Jesus and the Apostles Observed the Sabbath Day