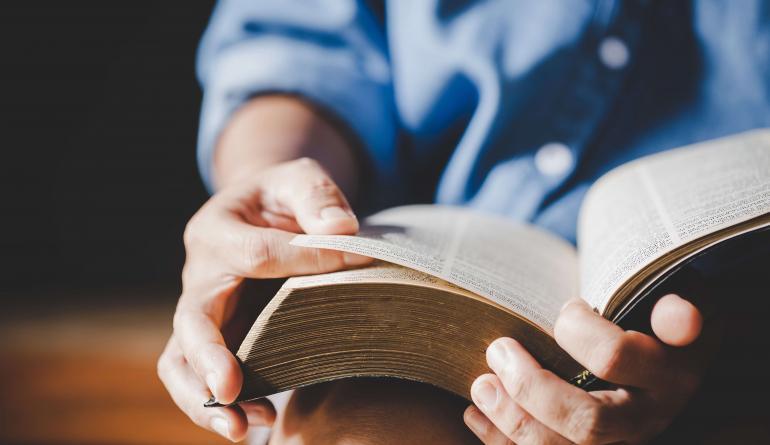 The Apostle Paul warned Christians about “a different gospel, which is not another; but there are some who trouble you and want to pervert the gospel of Christ” (Galatians 1:6–7). Just what is the Gospel that Jesus preached, and what does it have to do with end-time events?

The Gospel of Jesus Christ is far more than the gospel about Jesus that is heard in most churches today. The Apostle Paul warned of this 2,000 years ago when he said, “If he who comes preaches another Jesus whom we have not preached… or a different gospel which you have not accepted—you may well put up with it!” (2 Corinthians 11:4). Who Jesus is and how we are forgiven through Him is a vital part of the Gospel, to be sure. This aspect of the message is essential, but when it is the only part of the message preached, it becomes shallow and neglects most of the Gospel—or “good news”—our Savior actually taught. Jesus certainly pointed to the sacrifice He would make for mankind for the remission of sins, but He also taught so much more that He wanted His followers to hear and act on—including the coming Kingdom of God, end-time prophecies, and what kind of life they should live.

The Apostle Paul also preached not only about Jesus, but also the same Gospel of the Kingdom that Jesus taught. After he had essentially been put under house arrest in Rome, he “received all who came to him, preaching the kingdom of God and teaching the things which concern the Lord Jesus Christ” (Acts 28:30–31). Jesus even prophesied that His Church would be preaching the same message at the very end of the age, saying, “And this gospel of the kingdom will be preached in all the world as a witness to all the nations, and then the end will come” (Matthew 24:14).

What Is the Kingdom of God?

It is clear that Jesus and His followers preached the Gospel of the Kingdom of God—but what exactly is that?

The Gospel of the Kingdom is about the future Kingdom of God that Jesus Christ will establish on earth, beginning with a thousand years at His second coming. At the sound of the seventh trumpet described in Revelation, there will be “loud voices in heaven, saying, ‘The kingdoms of this world have become the kingdoms of our Lord and of His Christ, and He shall reign forever and ever!’” (Revelation 11:15). From that time forward, Jesus will reign as “the King of kings and Lord of lords” (1 Timothy 6:14–15). During that millennium, Satan the Devil will be locked away “so that he should deceive the nations no more till the thousand years were finished” (Revelation 20:3). This will be the beginning of God’s Kingdom. Scripture is filled with details about this time.

At the same blast of the trumpet, His saints will be resurrected and changed to spirit beings, becoming full members of God’s Family (1 Corinthians 15:50–54). Revelation 20 explains that His resurrected saints will rule with Him in His Kingdom: “And I saw thrones, and they sat on them, and judgment was committed to them…. And they lived and reigned with Christ for a thousand years” (v. 4).

That Kingdom will have a real, structured government. Jesus told His twelve Apostles that “when the Son of Man sits on the throne of His glory, you who have followed Me will also sit on twelve thrones, judging the twelve tribes of Israel” (Matthew 19:28). We see from passages in Jeremiah and Ezekiel that David will be resurrected to be king over all Israel forever (Jeremiah 30:9; Ezekiel 37:24–25).

We can notice from the above passages that His Kingdom will be established on this earth, ruling over the nations of this world—not up in heaven (Matthew 5:5; Revelation 2:27). This future Kingdom is the Good News Jesus proclaimed while He was on earth. It is during this future Kingdom that glorified Christians will have the opportunity to fix the world under the perfect reign of Jesus Christ, bringing genuine peace and prosperity to mankind.

The Results of God’s Kingdom on Earth

The Kingdom of God will bring everything good that mankind has ever wanted. We are told that nations from all around the world will come up to Jerusalem to learn God’s laws and worship Him (Isaiah 2:2–3). All people will be taught the way of peace: “They shall beat their swords into plowshares, and their spears into pruning hooks; nation shall not lift up sword against nation, neither shall they learn war anymore” (v. 4). But it doesn’t stop there.

In Isaiah we learn that “the eyes of the blind shall be opened, and the ears of the deaf shall be unstopped. Then the lame shall leap like a deer, and the tongue of the dumb sing” (Isaiah 35:5–6). It is clear that there will even be changes in the geography of the earth, “for waters shall burst forth in the wilderness, and streams in the desert” (v. 6). Isaiah 11 explains that God will change even the nature of the animals: “The wolf shall dwell with the lamb, the leopard shall lie down with the young goat, the calf and the young lion and the fatling together; and a little child shall lead them…. The nursing child shall play by the cobra’s hole…. They shall not hurt nor destroy in all My holy mountain” (vv. 6–9).

When Jesus Christ and His saints rule the earth, the knowledge of God will spread across the entire world. “No more shall every man teach his neighbor… saying, ‘Know the Lord,’ for they all shall know Me, from the least of them to the greatest of them” (Jeremiah 31:34). “For the earth shall be full of the knowledge of the Lord as the waters cover the sea” (Isaiah 11:9). The peace, joy, happiness, and prosperity brought on by God’s ways and Satan’s imprisonment will ultimately result in a time when “there shall be no more death, nor sorrow, nor crying. There shall be no more pain, for the former things have passed away” (Revelation 21:4). And “of the increase of His government and peace there will be no end” (Isaiah 9:7). This is the message Jesus preached—and the incredible hope of all mankind!

Jesus Also Prophesied of the Tribulation and Day of the Lord

But Jesus did not only preach the good news of the coming Kingdom. He also prophesied and warned of the terrible times that will come to pass before He returns to earth. A major part of His teaching concerned prophecies of events that would take place leading up to His return. One primary example is that of His famous Olivet Prophecy, recorded in Matthew 24, Mark 13, and Luke 21. Here, His disciples asked Him, “What will be the sign of Your coming, and of the end of the age?” (Matthew 24:3).

In response, Jesus explained what we should expect to be prevalent in the world prior to His return. False Christianity will be rampant, “for many will come in My name, saying, ‘I am the Christ,’ and will deceive many” (v. 5). Wars will occur on a worldwide scale, “for nation will rise against nation, and kingdom against kingdom” (v. 7). Disease and famine will spread across the globe: “There will be famines, pestilences, and earthquakes in various places” (v. 7). Jesus explained that His disciples will have to endure persecution: “Then they will deliver you up to tribulation and kill you, and you will be hated by all nations for My name’s sake” (v. 9).

In the midst of this prophecy, we see a passage we’ve already reviewed: “This gospel of the kingdom will be preached in all the world as a witness to all nations, and then the end will come” (v. 14). The Church of God, led by Jesus Christ, will be actively preaching the Gospel of the Kingdom of God to the world at the end of the age.

Jesus explained that while the people of God’s Church are protected, “there will be great tribulation, such as has not been since the beginning of the world until this time, no, nor ever shall be. And unless those days were shortened, no flesh would be saved; but for the elect’s sake those days will be shortened” (Matthew 24:21–22).

We know that Jesus was speaking of our time, the end of the age, because it was not even possible for mankind to destroy all of humanity until roughly a century ago, when weapons of mass destruction were invented. Jesus said that “when you see all these things, know that it is near—at the doors” (v. 33).

Jesus warned His followers of the things that would come to pass before His return. Naturally, His Church would do the same, and anyone who knows and understands these prophecies and does not do their part to warn others about them will be held accountable. God explains through the prophet Ezekiel that “if the watchman sees the sword coming and does not blow the trumpet, and the people are not warned, and the sword comes and takes any person from among them, he is taken away in his iniquity; but his blood I will require at the watchman’s hand” (Ezekiel 33:6). However, if the watchman “sees the sword coming… if he blows the trumpet and warns the people, then whoever hears the sound of the trumpet and does not take warning, if the sword comes and takes him away, his blood shall be on his own head” (vv. 3–4). In other words, the Church of God, with Jesus Christ now as its head (Colossians 1:18), is responsible for proclaiming the Bible’s end-time prophecies and for warning about the punishment that will come to this earth before Jesus returns.

In conclusion, Jesus taught us the importance of His sacrifice and our need for His blood to cover our sins, but that was only one aspect of the whole, rich message He proclaimed. It is the rest of that message that so many churches neglect—the Gospel of the Kingdom of God. The Kingdom of God is the ultimate hope for humanity and the only solution to this world’s problems. Through end-time prophecies, Jesus also warned of the terrible times that will come before His Kingdom will be established.

Jesus came as the Savior of all mankind to pay the penalty that we deserve for our sins. He also lived out a perfect example for us to follow. He obeyed God’s law perfectly and showed us how to live by the Ten Commandments. Next, we’ll examine what Jesus really taught about His sacrifice, how it applies to us, and what He expects of us once we commit our lives to Him.

Read Next:
What Jesus Taught About Law and Grace