Beliefs If Jesus were on earth today, what would He teach? 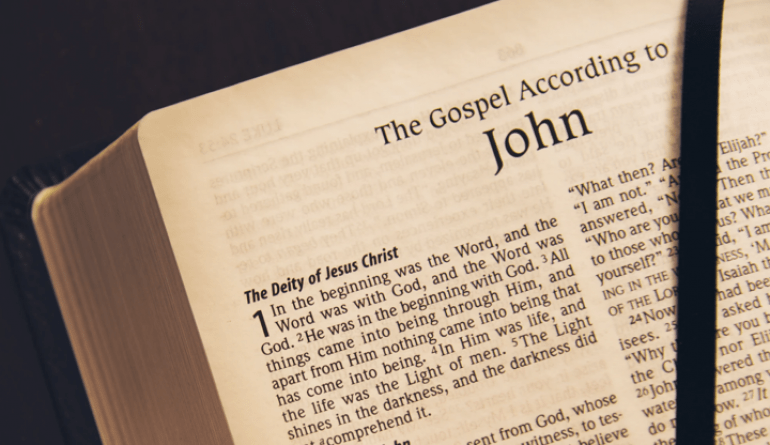 The true Church of God must embrace the original beliefs and practices of Jesus Christ, His disciples, and the first-century Church. Discover the scriptures and historical records that prove where God’s Church is today.

Jesus said, “I will build My church, and the gates of Hades shall not prevail against it” (Matthew 16:18). In other words, the same Church He started in the first century would continue through the ages, and nothing would be able to stop it. Unless Jesus was lying—and He wasn’t—this means the same Church He founded with His Apostles 2,000 years ago is still around today. The problem is, most of the churches out there today have doctrines and teachings that are far different from those of the Church of God during the time of the Apostles.

Most churches teach a gospel only about Jesus and do not proclaim the actual message He brought. So, what gospel message did Jesus actually teach when He was on earth? One simple and clear passage shows us that once Jesus began His ministry, He went out “preaching the gospel of the kingdom of God, and saying, ‘The time is fulfilled, and the kingdom of God is at hand. Repent, and believe in the gospel’” (Mark 1:14–15). Here we see that He taught about the kingdom He would establish on earth at His second coming, to rule the world. He also prophesied about events that would happen on earth in the time leading up to His return, as we see in Matthew 24, Mark 13, and Luke 21.

He didn’t just teach this during His earthly ministry in the flesh; even after He was resurrected, He commissioned His Church to do the same as He had done. Just before He was taken up into heaven, he told His Apostles, “Go therefore and make disciples of the nations, baptizing them in the name of the Father and of the Son and of the Holy Spirit, teaching them to observe all things that I have commanded you; and lo, I am with you always, even to the end of the age” (Matthew 28:19–20). Teaching His disciples while on the Mount of Olives, He said that “this gospel of the kingdom will be preached in all the world as a witness to all the nations, and then the end will come” (Matthew 24:14). The Church of God that Jesus founded will continue to proclaim the Gospel of the Kingdom of God to the world, warn of the prophecies of tribulation and trials leading up to His return, and teach repentance leading to a life of obedience to God.

Another significant aspect of Jesus’ teaching is found in what is sometimes called the golden verse: “For God so loved the world that He gave His only begotten Son, that whoever believes in Him should not perish but have everlasting life” (John 3:16). That teaching is forgiveness for sin through the sacrifice and blood of Jesus Christ. The justification that comes through Jesus Christ is a free gift that can never in any way be earned. We see written in Romans 3:20 that “by the deeds of the law no flesh will be justified in His sight,” and in Ephesians 2:8–9 that “by grace you have been saved through faith, and that not of yourselves; it is the gift of God, not of works, lest anyone should boast.” Forgiveness of sins comes through Jesus Christ—and Him alone.

At the same time, the simple fact that we cannot earn our salvation does not mean that it is okay to break the laws of God, as many churches teach today. On the contrary, throughout His ministry, Jesus taught the need to repent of sin (Mark 1:15) and live a life of obedience to God’s commandments. When the rich young ruler came to Him, asking, “Teacher, what good thing shall I do that I may have eternal life?,” Jesus said to him, “If you want to enter into life, keep the commandments” (Matthew 19:16–17).

Jesus and Apostles Kept the Seventh-Day Sabbath, Not Sunday

Jesus and the New Testament Church taught obedience to all Ten Commandments, including the fourth. This command, which concerns the seventh-day Sabbath, is the one that most mainstream churchgoers today believe should not be kept. But Jesus Himself kept the Sabbath His entire life, setting us the perfect example. Also, after His death and resurrection, the first-century Church continued to observe the Sabbath. These facts can be seen throughout the four gospels and the book of Acts.

The first recorded Sabbath message that Jesus gave is found in Luke 4: “So He came to Nazareth, where He had been brought up. And as His custom was, He went into the synagogue on the Sabbath day, and stood up to read” (v. 16). We see here that this was His custom, and something He continued to do even during His ministry. Jesus even called Himself the “Lord of the Sabbath” (Mark 2:28).

The Bible records that the Church of God continued keeping the Sabbath not only immediately after Jesus died, but for decades after Jesus’ death, as is recorded in the book of Acts. We see in Acts 13:42–44 that Paul taught the Gentiles, apart from the Jews, to observe the seventh-day Sabbath—not Sunday. “So when the Jews went out of the synagogue, the Gentiles begged that these words might be preached to them the next Sabbath…. On the next Sabbath almost the whole city came together to hear the word of God.” Paul had every opportunity to tell them they could meet and hear him on Sunday, but did not. Jesus even highlighted that the Church of God in the last days would still be observing the seventh-day Sabbath, telling them to “pray that their flight [to a place of protection from great tribulation] may not be in the winter or on the Sabbath” (Matthew 24:20).

But the Sabbath command actually includes more than just the weekly Sabbath; it also includes the seven annual Holy Days taught in the Bible. Most churches today keep Christmas and Easter Sunday in their effort to worship Jesus Christ. However, Jesus never recognized or taught those days, which were introduced centuries later. The Bible teaches—and Jesus observed—the seven annual Feasts outlined in Leviticus 23. These days are the Passover, the Feast of Unleavened Bread, the Day of Pentecost, the Feast of Trumpets, the Day of Atonement, the Feast of Tabernacles, and the Last Great Day. The Church of God kept these days during the first century, and the biblical command for them to be observed still stands today.

The Holy Days of God impart profound meaning when observed properly, revealing the mind and plan of God. The Passover and Days of Unleavened Bread point to the sacrifice of Jesus Christ and the need to turn and repent of sin in our lives (1 Corinthians 5:1–8; 11:17–34). The Day of Pentecost points to the time when God gave His Holy Spirit to those in His Church, His “firstfruits” (Acts 2:1–4; James 1:18). The Feast of Trumpets points to the future “Day of the Lord,” which will culminate in the return of Jesus Christ and the First Resurrection (Revelation 8-9; 11:15; 1 Corinthians 15:52). The Day of Atonement points to the time immediately after Jesus returns, when Satan the Devil will be locked away and no longer able to influence mankind (Revelation 20:1–3). The Feast of Tabernacles pictures the wonderful, soon-coming Millennium when Jesus will reign over the earth as King of kings and Lord of lords alongside glorified Christians (Revelation 11:15; 20:4–6). Finally, the Last Great Day depicts the Second Resurrection and Great White Throne Judgment, when all those who lived and died throughout history without the opportunity to understand the truth of God will be raised from death and given their first real opportunity to surrender to Him (Revelation 20:11–13; Matthew 11:20–24). Through keeping these days, we see the awesome and incredibly beautiful plan of God for all of mankind—but these truths are not accepted by most.

God Is Not Calling Everyone Now

The truths of the Bible are a mystery to most people, even most of those who are sincere in their efforts to follow Scripture. The reason for this is that God is not calling everyone at this time. When Jesus was talking to the crowds He had fed with the “five barley loaves and two small fish” (John 6:9), most of them couldn’t accept His teachings and stopped following Him from that day forward (vv. 60, 66). On the same day many stopped following Him, He explained, “No one can come to Me unless it has been granted to him by My Father” (v. 65). In other words, in order to come to Jesus Christ, one must be called by the Father. This is why only a small number of people continued to follow Him, and it is also why Jesus used parables when He talked with the crowds—because it was not yet given to them to understand (Matthew 13:10–17). In fact, one of the descriptions Jesus used when referring to His followers was “little flock” (Luke 12:32). God’s Church would never be made up of the masses. Rather, it would be made of a relatively small few whom God is calling to surrender to Him and be “conformed to the image of His Son” (Romans 8:29). They would not be from the worldly wise, mighty, or noble, but from the weak, so that it would be clear to all that God’s power had done this (1 Corinthians 1:26–29).

If God is opening your mind to understand the clear teachings of the Bible, He may well be calling you. If you know that you need the blood of Jesus Christ to cover your sins, and that you also need to deeply repent of those sins and live a life of obedience to the Ten Commandments, it’s time to take action. If He is moving you to observe the Sabbath instead of Sunday and His Holy Days instead of the world’s holidays, you need to be with those of like mind. The Living Church of God is a continuation of the first-century Church founded by Jesus Christ, teaching the same doctrines. It is made up of those whom God has called out of this world to obey Him by following Christ, keeping His Sabbath and Holy Days, and doing the Work of proclaiming the Gospel of God’s Kingdom. We have congregations all around the world, and the minister in your area is looking forward to answering your questions.

Read Next:
Jesus Preached the Gospel of the Kingdom of God and End-Time Prophecies